Navodaya Entrance Exam is usually conducted in the month of February for the selection of new entrants to Navodaya in Class 6th. This year has been an year of worries for the NVS and the Entrance Exam has not been conducted till 5 months later than the scheduled time ! Read out to find the reason behind the delay and its solution.

The root cause of problem for the delay of the Navodaya Entrance exam is Right to Education Act of Govt of India.

The Right to Education (RTE) act advocates Education as a Right of Every Child and of course that is a very good thing towards the prosperity in India however the clauses which does not satisfy the functionality of Navodaya policy are that there should be No screening test and 25% reservation for economically weaker sections.

Navodaya Vidyalaya Samiti is appealing for its exclusion from the RTE act since it falls in a separate category. The reasons why Navodaya Vidyalayas should be excluded from the jurisdiction of RTE is that Navodaya Vidyalayas start from class VI and not class I. The schools, located in all districts, have 75% seats reserved for rural children. Seats are also reserved for children from SC and ST communities in proportion to their population in the district, but not less than the national average. One-third of the seats are for girl students and 3% of the seats are for disabled children. Till class IX there is no fee, and from IX to XII, Rs 200 is charged per month. NVS argued that since these schools cater primarily to poor rural children, there is no reason for it to give 25% reservation.

As for the contentious issue of no-screening, NVS contended that these schools were primarily meant for meritorious children and admission was done through a tough entrance examination conducted by CBSE. "Giving admission without entrance test will dilute the quality of Navodaya Vidyalayas," a source said, adding that in the past 25 years these schools have done extremely well academically. 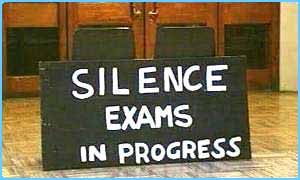 After a delay of 5 months, the law ministry has finally said that these schools can be exempted from two key provisions of the Right to Education Act. The Sources in the Navodaya Vidyalaya Samiti (NVS) have said that this delay in desicion has already put the new sessions much behind the schedule and there will be no further delay in cunducting the Entrance Exam from their side. The Navodaya Entrance Exams are now scheduled to be held on 10th July 2011 all over India.

Our sources in NVS commented that this is an ommision on the part of Ministry of Human Resources and Development in proper implementation of the RTE Act. The thing here to be noted is HRD Ministry is the same ministry responsible for the development and policy implementation in Jawahar Navodaya Vidyalayas however they themself have reportedly ignored the policies of Navodaya Vidyalaya while ammending Right to Education Act (RTE).

HRD officials however have pointed out that while NVs have waited and even delayed the admission process because of the RTE Glitch, other government-run schools like Sainik Schools of the defence ministry and Pratibha Vidyalayas of the Delhi government have gone ahead without seeking any clarification on whether they are exempted from the RTE Act.

NVS had sought HRD ministry's opinion after it received notice from the National Commission for Protection of Child Rights last year for flouting RTE norms. HRD ministry had sought the opinion of former Chief Justice of India A S Anand, who said Navodaya Vidyalayas are special category schools. Later, even the Attorney General also gave a similar opinion.

The law ministry while agreeing with the AG's opinion had said instead of issuing a notification that Navodaya Vidyalayas fall in a separate category, the RTE Act should be amended. However, the ministry was of the view that the Act does not need to be amended since section 2(p) puts Navodaya Vidyalayas in a specified category along with Kendriya Vidyalayas and Sainik Schools. Sources: TOI

Now that finally the isuue have been settled, its a rejoice time for lacs of students who seek admission to Jawahar Navodaya Vidyalayas (JNV) each year. The teachers are similarly on war footing to adjust for the loss of the months from the academic year.

Was this information helpful ? Use the share buttons below to tell it to your friends.

Oops, you forgot something.

The words you entered did not match the given text. Please try again.